Williams, age 38, accepted a plea agreement and pleaded guilty to Trafficking Cocaine and Possession of a Firearm by a Convicted Felon on Wednesday, just prior to proceeding with a jury trial.

Williams was arrested in 2018 as the result of an extensive investigation by the LaGrange Police Department’s Special Investigations Unit.

On May 22, 2018, La- Grange Police and the Georgia Department of Community Supervision coordinated to conduct searches at two residences while monitoring Williams’ probation. During the investigation, officers encountered Williams at a house on Dougherty Street. Police later located approximately 60 grams of crack cocaine, drug distribution paraphernalia, a small amount of marijuana, and stolen Glock .45-caliber handgun in a bedroom belonging to Williams.

Police also found materials used to manufacture crack cocaine during a search at another residence associated with Williams.

“I commend the La-Grange Police Department and its Special Investigations Unit, which works diligently to apprehend drug dealers and to get illegal firearms off the streets. As this prosecution demonstrates, removing armed repeat offenders from our community, along with combating the violence, addiction, and other ills associated with the drug trade, are top priorities of mine,” said Cranford.

The author of this article can be reached via email at info@troupcoutnynews. net. 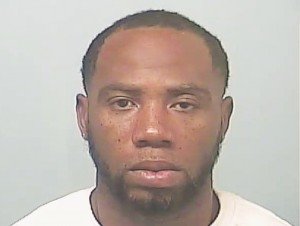 Coronavirus Can Strike Anyone, Even the Braves’ Freddie Freeman