Troup County Sheriff’s Deputies have arrested a wanted suspect on several felony warrants as well as a few new ones after he was caught with a large amount of drugs packaged for distribution.

Wednesday afternoon about 2:42 p.m., Troup County Sheriff’s Deputies were in the area of East 10th Street and Dogwood Circle in West Point when they encountered a black Toyota Camry with an expired tag. A traffic stop was performed and deputies made contact with the driver, Mondrceas Cantrail Tolbert, who stated he did not realize the tag was expired.

Tolbert was then arrested after he was determined to have active warrants for his arrest through the City of West Point for Aggravated Battery and Second Degree Criminal Damage, as well as an active warrant for Failure to Appear warrant though the State of Georgia on an original charge of Possession of Marijuana with Intent to Distribute.

While taking Tolbert into custody, deputies observed an odor of marijuana coming from inside the Toyota, so his passenger was removed and the vehicle was searched. The passenger stated she knew Tolbert had recently smoked marijuana inside of the vehicle, but she had just gotten in right before they were pulled over.

Tolbert later claimed all of the suspected narcotics, saying his passenger was not involved and that he had just picked her up from a funeral. She was later released at the scene. As a result of the stop, Tolbert, age 29, was arrested and transported to the Troup County Sheriff’s Office where was booked into the jail on the aforementioned warrants as well as new warrants for Possession of Marijuana with Intent to Distribute and Possession of a Schedule I Drug with Intent to Distribute.

Tolbert is currently being held at the Troup County Jail where he was denied bond. 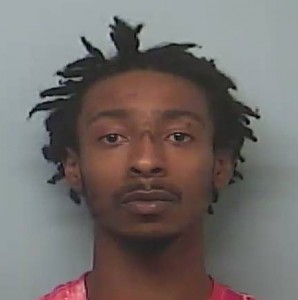 The author of this article can be reached via email at info@troupcoutnynews.net.