The sounds of sirens and horns replaced roar of a baseball crowd Saturday afternoon at the George Harris Baseball Complex in LaGrange with Troup County’s Touch-A-Truck and Big Machines event.

The event was a massive success and gave the county an opportunity to showcase the people and equipment that help build, repair, and keep our community safe. The showcase was also a hit with children, who got the opportunity to get and up close and personal look at numerous public safety and construction vehicles from bulldozers to helicopters.

The turnout was equally impressive as the ball field parking lot stayed mostly full with a steady stream of families coming in and out of the free event.

The event featured vehicles and heavy equipment from basically every department in Troup County from the sheriff’s office and fire department to roads and engineering.

State and Federal resources were also represented with the Georgia State Patrol, Georgia Department of Natural Resources, Georgia Forestry Commission, and U.S. Army Corps of Engineers. The police cars and fire trucks were a particular favorite of the kids —possibly because they were allowed to play with the sirens.

Those showing off the vehicles say it gave them a rare opportunity to interact with children in a safe non-threatening environment.

The county agencies without special vehicles were not to be outdone. They were also out educating children about their departments at the event. Troup 911 and their phone mascot were on hand to teach children about calling 911 and the importance of knowing their address and parent’s names if they need to call for help.

County Manager Eric Mosley noted the event was a major success and thanked Citizen Engagement Specialist Rachel Camp for her efforts in helping organize the event. 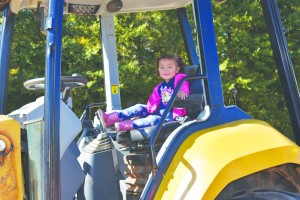 Feet reaching the floor wasn’t a requirement for fun on Saturday. 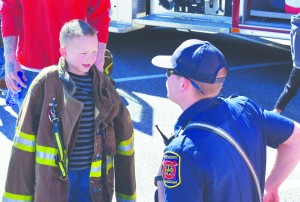 Not only did kids get into fire trucks, they also got to try on real fire equipment. 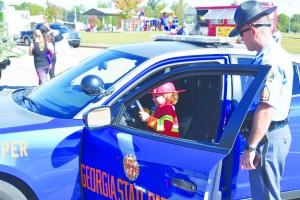 Patrol cars and their sirens were very popular during the event. 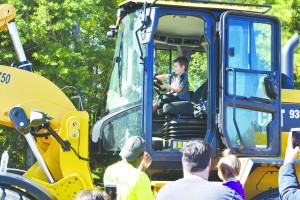 The event was a big hit with kids who got hands on experiences with real-life version of their toys. 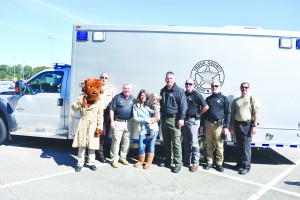 The Sheriff’s Office showed off their Crime Scene Truck and other vehicles.