LaGrange Police have arrested a local woman accused of stabbing a man during a domestic altercation.

The investigation began Tuesday afternoon, about 2:34 p.m. when officers with the LaGrange Police Department responded to Colonial Street in reference to reports of a person who had been stabbed.

Police initially responded to the Wellstar West Georgia Medical Center, but were advised that the victim was on their way to the hospital and the suspect was still at the Colonial Street location.

Officers arrived on the scene and found Tammy Marie Tarwater at the residence, and she was detained pending further investigation.

Police later determined that the male victim had a puncture stab wound to his right upper leg.

During the subsequent investigation, police learned that an argument had ensued between both subjects where Tarwater allegedly stabbed the male once with a knife. According to the victim, he was stabbed while trying to leave the location.

As a result of the investigation, Tarwater, age 48, was arrested and transported to the Troup County Sheriff’s Office where she was booked into the jail charged with Aggravated Assault with a Knife – Family Violence Act.

The victim received treatment from the Well Star West Georgia Medical Center and was released. 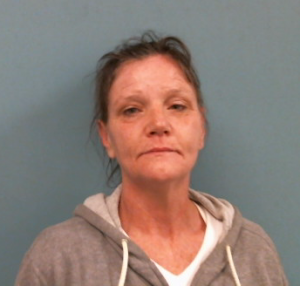 What to Do While You Stay at Home